An increasing number of Americans are choosing to cut ties with their cable companies, opting instead for over-the-top streaming devices like Smart TVs, Fire TVs, and Rokus. With countless streaming services providing content to these devices, a vast market share is waiting to be tapped by your business through OTT advertising.

More than 181 million people in the United States—roughly 55 percent of the country’s entire population—are subscribed to a video streaming service like Netflix, Amazon Video, Hulu, or YouTube, according to a report from eMarketer.

Just a little over a decade after they first started gaining traction, streaming services began taking over a large share of the home entertainment marketplace.

The same data set by eMarketer estimates that by 2021, the number of U.S. internet-connected TV users with direct access to these streaming services is expected to grow to 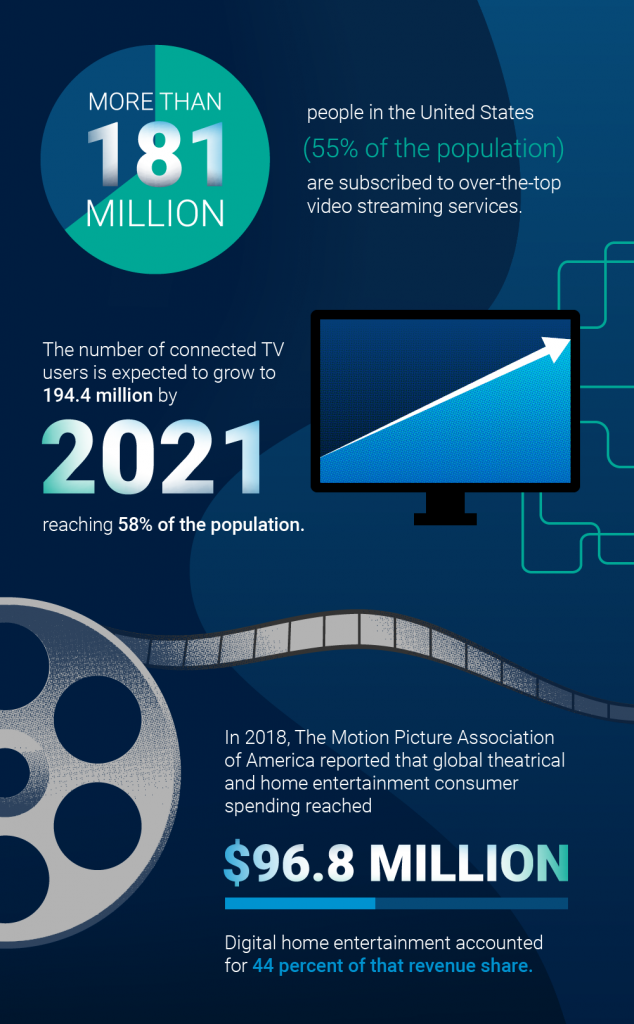 So what does this data mean for your business? It means that more than half of the country can now be reached through over-the-top (OTT) advertising.

7 SEO Tips to Slice Through Your Competitors' Rankings

Implement these 7 Tips to Higher Rankings -Trim the Fat from Your Competitors' Rankings.

Your information is 100% secure and will never be shared.

What Is OTT Advertising?

The phrase “OTT” references the original streaming products like Apple TV, Roku, and the Amazon Firestick that were typically placed on top of traditional cable boxes as a supplement to cable, but the phrase has now expanded to encompass any variety of video advertising that accompanies video content.

If you have ever watched a video on YouTube and were met with an advertisement that rolled before, during, or after the content you were watching, then you have already been exposed to OTT-style advertising.

As these mediums continue to grow, an increasing number of people are choosing to cut the cord, opting instead for using solely streamed content.

According to a 2018 Statista report, 85 percent of Americans who are connected to the internet watch online video content.

A report from Nielson found that as of 2019, over 134 million people stream video content on their televisions each month, and people use their OTT devices roughly 11 days per month for more than two hours on average per session. 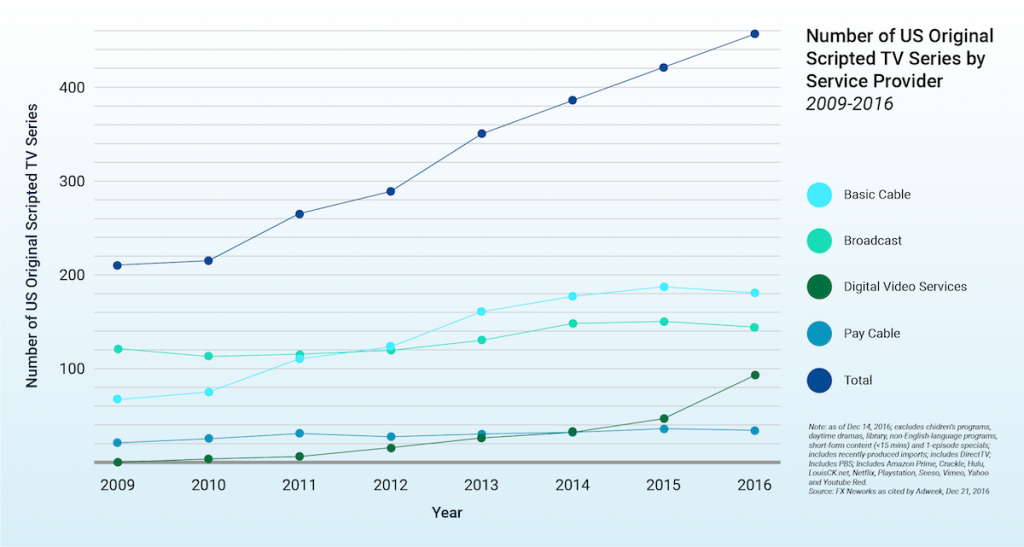 You might be concerned that, as a plastic surgery practice or other niche business, the OTT market isn’t applicable to your organization. But the truth is that video content is one of the best up-and-coming ways to promote any business in the current marketplace, and it is pretty easy to understand why:

Rather than sending friends large blocks of texts or web pages to scroll through, video content is more engaging and less labor-intensive than other mediums. Audiences usually only need to click once or twice to get the entirety of the material.

2. Video content is one of the best ways to build a company identity or product brand.

Personality is the key to creating an image for your business. While it is possible to create a character through written content, video is a more direct way to tell the viewer who you are as a company, the product you are offering, and why the audience should trust you.

3. Video content provides information and instructs the viewer in an engaging and emotional manner.

Listening to a real person with their own mannerisms and tone catches and keeps readers on the content you are trying to distribute. In a general manner of speaking, people can deliver emotion more efficiently than a print or static advertisement can.
Similar to any other digital advertising, video advertisements can be highly targeted and monitored through a marketing program to maximize conversion rates. 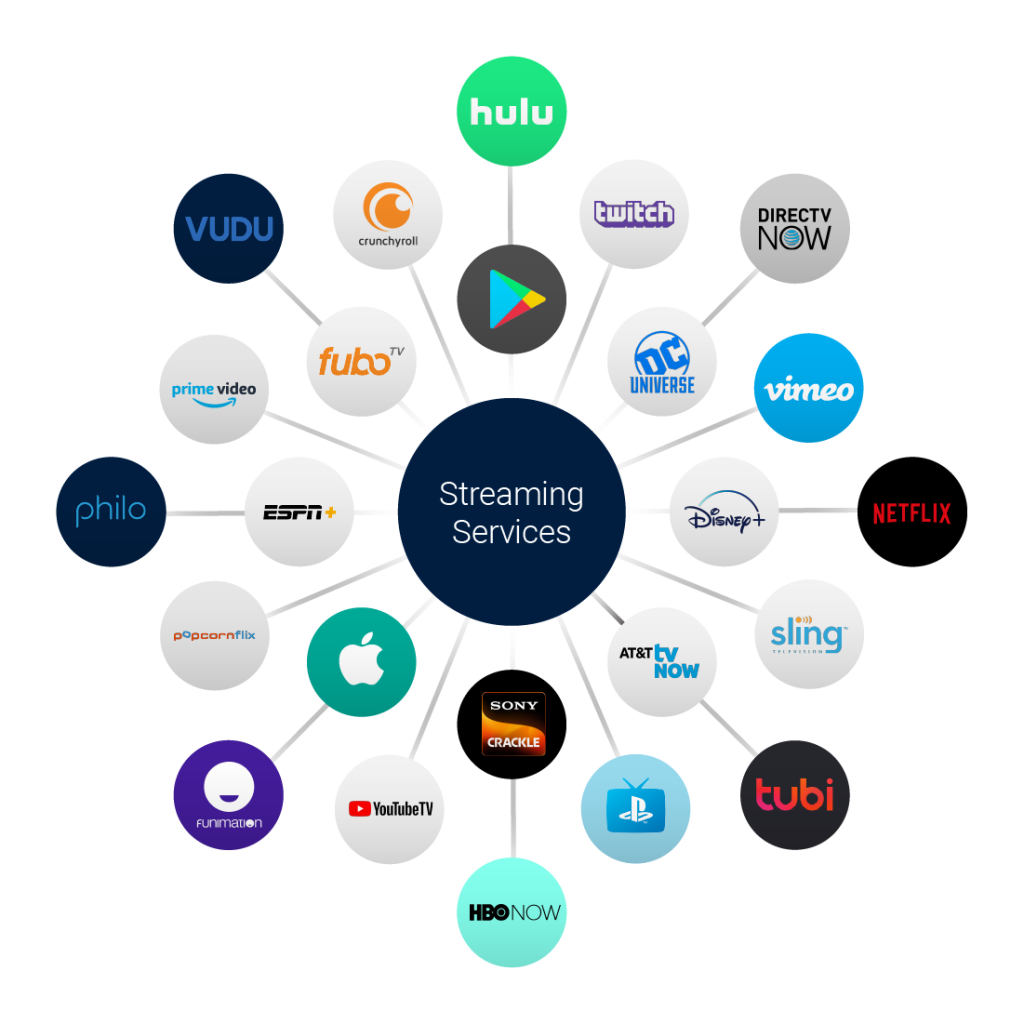 Just a decade ago, video editing software and technology were limited to large-scale companies who invested an abundance of time and money into creating video content. Luckily for the modern-day advertiser, however, the availability of state-of-the-art software has become more widely available and the dissemination of video production knowledge is also more accessible.

This means that video producers are more abundant than ever before and professional-level content is an affordable investment.

Overcoming the Barrier to Entry

Not everyone is aware of how to develop video content or how to utilize it in the current OTT market. The good news is that if you are partnered with us, you are already ahead of the curve.

We are excited to help you create riveting content that will build a targeted audience and to distribute that content on the most successful platforms on the market.

If you are interested in getting started on an OTT advertising program and tapping into a huge audience of potential customers, give us a call at (888) 525-6360 or fill out our online consultation form.

Plastic Surgery Studios is committed to collaborating, raising standards, and taking care of our clients. Whether you are interested in working with us, have general inquiries, or just want to say hello, we would love to hear from you.

Get In Touch Close