Plastic Surgery Studios is raising money to end child poverty. Join us in the fight! 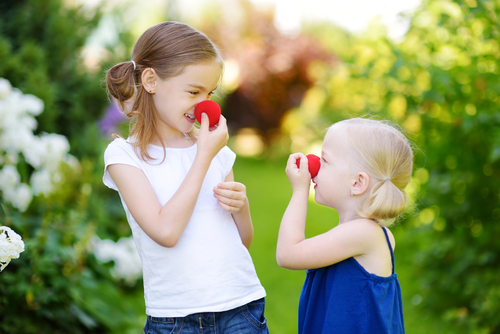 This year, we at Plastic Surgery Studios will be experiencing some redness around our nasal areas, along with probably swelling in our hearts.

The cause of our red noses and enlarged hearts is not because we finally decided to have skin care treatment as a team or because we planned group nose jobs as a company bonding experience; it is because of our participation in National Red Nose Day, a fundraiser aimed at raising money and awareness to end childhood poverty.

If you’d like to help this cause, please donate to our team PSS Knows Red Noses fundraiser page today to raise money and awareness for children who need our help the most.

What Is Red Nose Day?

The fundraising campaign was initially launched in the U.S. in 2015 by the non-profit organization Comic Relief, and despite the fact that Red Nose Day has only been around in the United States for a few years, the fundraiser has roots in the U.K. that date as far back as 1988. Since then, over $1 billion has been raised on behalf of children across the globe. This year’s Red Nose Day will be on May 24.

The money raised this year will support programs that ensure impoverished children are safe, healthy, and educated. Half of the funds raised in the United States will be spent on programs within the country; the other half will be spent in some of the poorest communities throughout Latin America, Africa, and Asia.

How Do I Participate?

Walgreens in the official retailer of Red Nose Day noses. You can purchase one for $1 now at your local Walgreens. All proceeds from the purchases will help support programs that remedy the problems associated with child poverty.

If you would like to provide a larger donation but cannot think of a use for a bucket full of red noses (although we would strongly recommend using them to start a local carnival or circus), you can join us in the fight against childhood poverty by donating to our PSS Knows Red Noses fundraiser page in support of Red Nose Day USA. Along with gathering personal donations from our employees, Plastic Surgery Studios will be matching the money raised on our donation page up to $300.

We are excited and proud to contribute to this fundraiser, and we hope that you join us in helping end child poverty!

Plastic Surgery Studios is committed to collaborating, raising standards, and taking care of our clients. Whether you are interested in working with us, have general inquiries, or just want to say hello, we would love to hear from you.

Get In Touch Close